This year, Red Pill Analytics is the Analytics Sponsor at ODTUG Kscope17. Our company motto is #challengeeverything – so we knew we wanted to do something different and unexpected while at the conference.
What we eventually landed on was creating Analytics Stations using IoT technologies to show how an old school object, like a rotary phone, can be repurposed and turned into an interactive device.
Part 1 focuses on hardware.
Part 2 focuses on software.
Kscope17 also used beacon technology to analyze conference attendee activities. Red Pill Analytics pulled that information through a REST API and told the story of Kscope17 using Oracle Data Visualization. This will be explained in Part 3, coming soon!

Step 1 was to take apart the Cortelco touch tone phone (available on Amazon for ~$20 at time of writing) and see what the internals looked like and figure out how we could tap into the numberpad and telephone hook switch. Taking the phone apart was as simple as undoing three philips head screws that were holding the plastic molded top in place and revealing several phone jacks/wires, a bell, the number pad, a hook switch, and a single small circuit board acting as the phones intelligence. Next step was to simply unscrew circuit boards and remove unneeded components such as the bell, main circuit board, and unused telephone jacks… leaving the desired components, namely: the number pad, the side phone jack (that runs to the headset), and the vertical mount circuit board that contains the hook switch. See the images below: 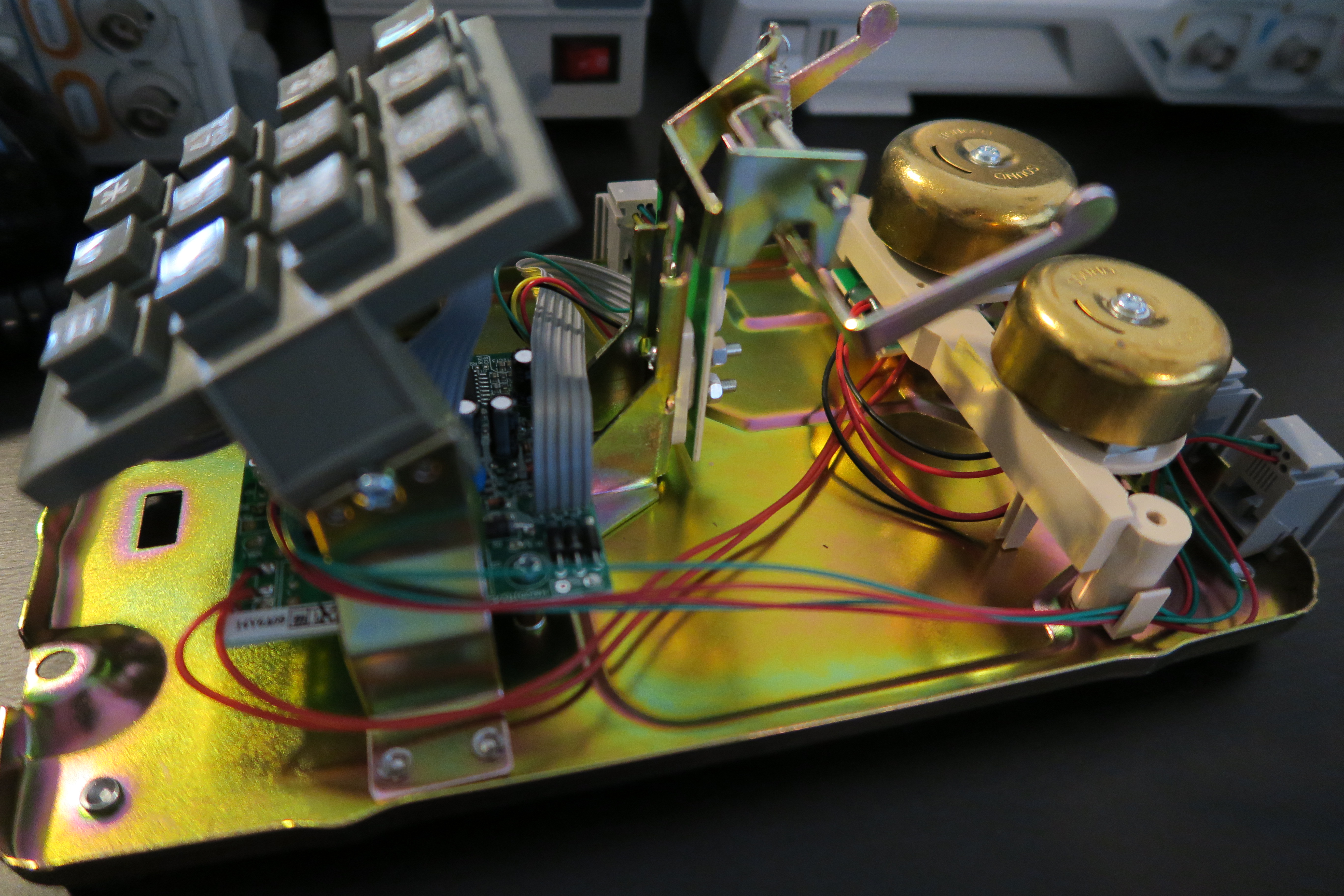 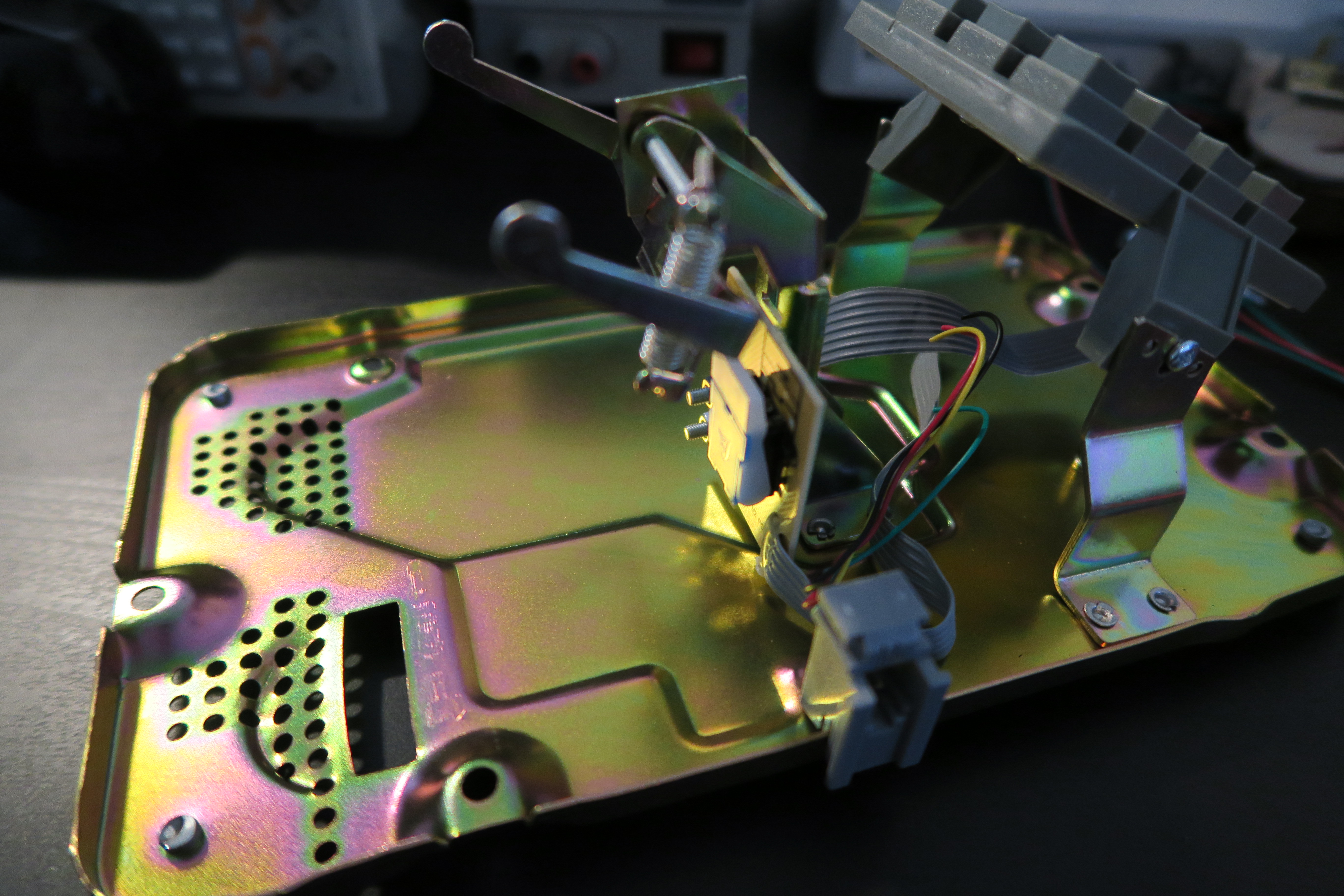 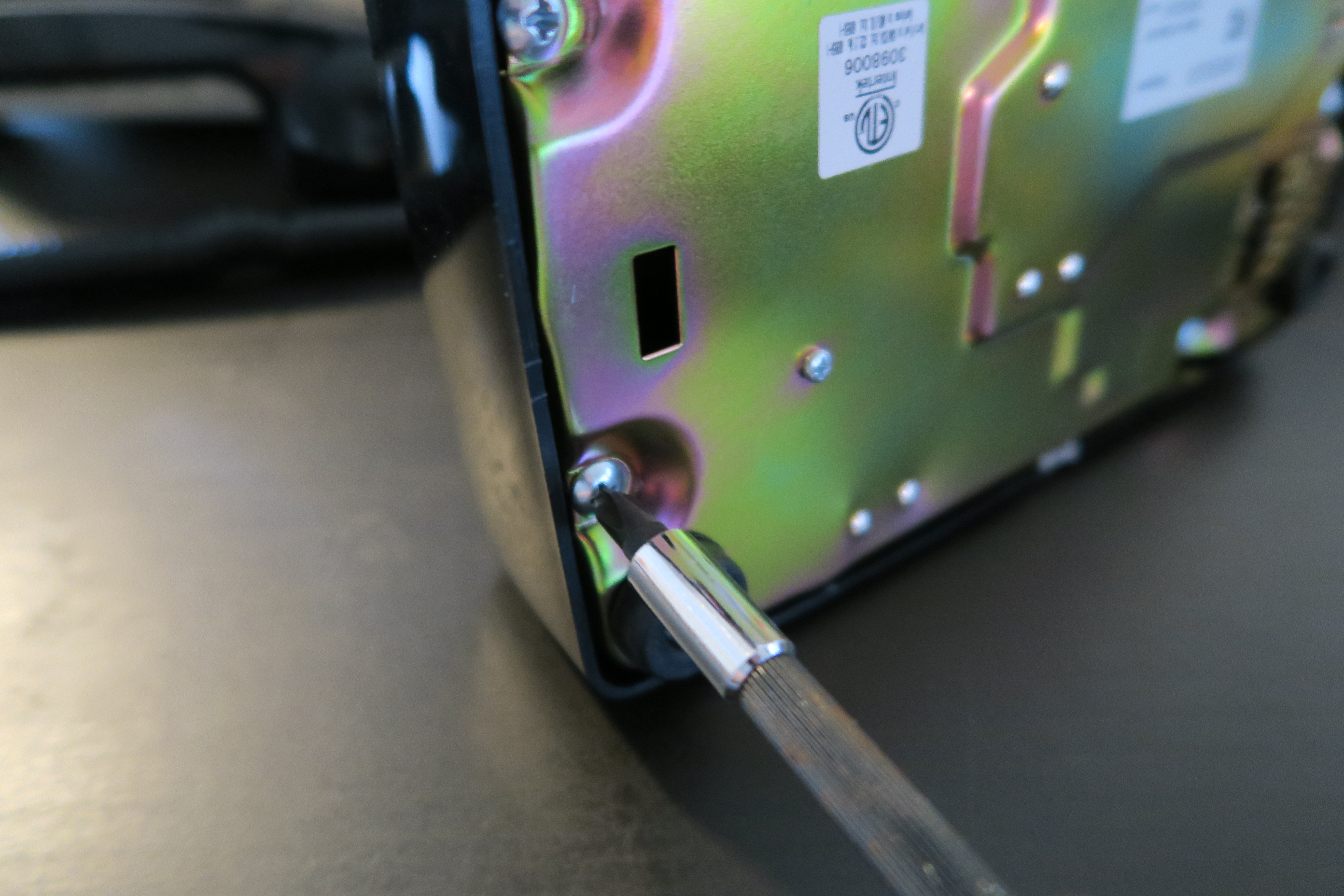 Next is preparing the Raspberry Pi 3 which will be acting as the brain behind this embedded device (there is a software component to this and if that interests you, please visit part 2 where we will discussing setting up Raspbian Linux, interfacing with hardware from high level software, and configuring high level display and data code etc.) but for sake of this hardware write-up we will assume the Raspberry Pi software is already configured and will only focus on wiring/mounting of components etc. Namely amongst these mounting consideration is keeping the Raspberry Pi off the metal base of the phone as this would short out the device due to the exposed solder on the bottom of the Pi. 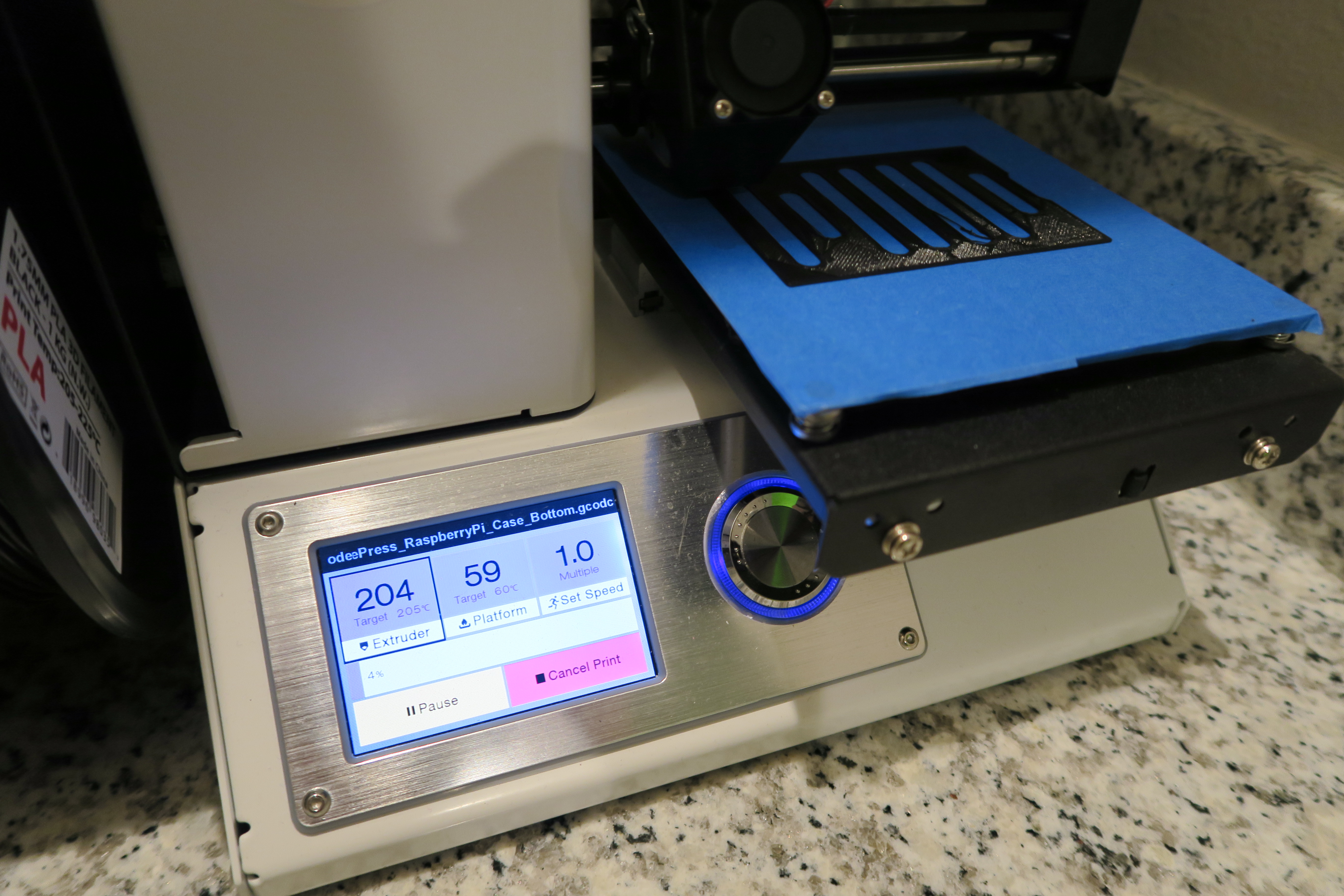 3D printing Pi enclosure
The solution to this was to simply 3D print a plastic case for the Pi so that it could still be mounted firmly inside the phone easily and be fully accessible for wiring etc. See pictures below of the print in progress and how it looks once finished and mounted inside of the phone. 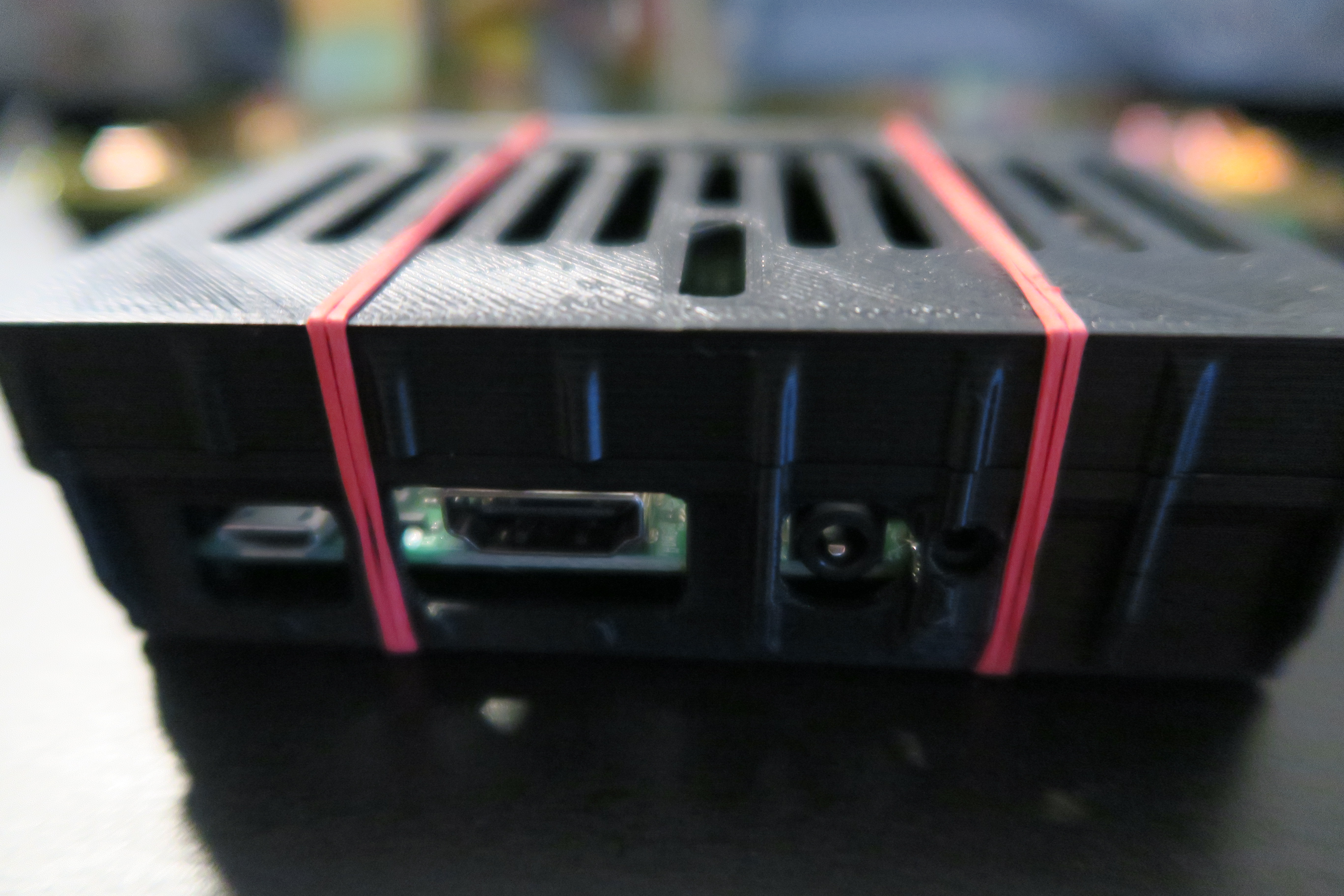 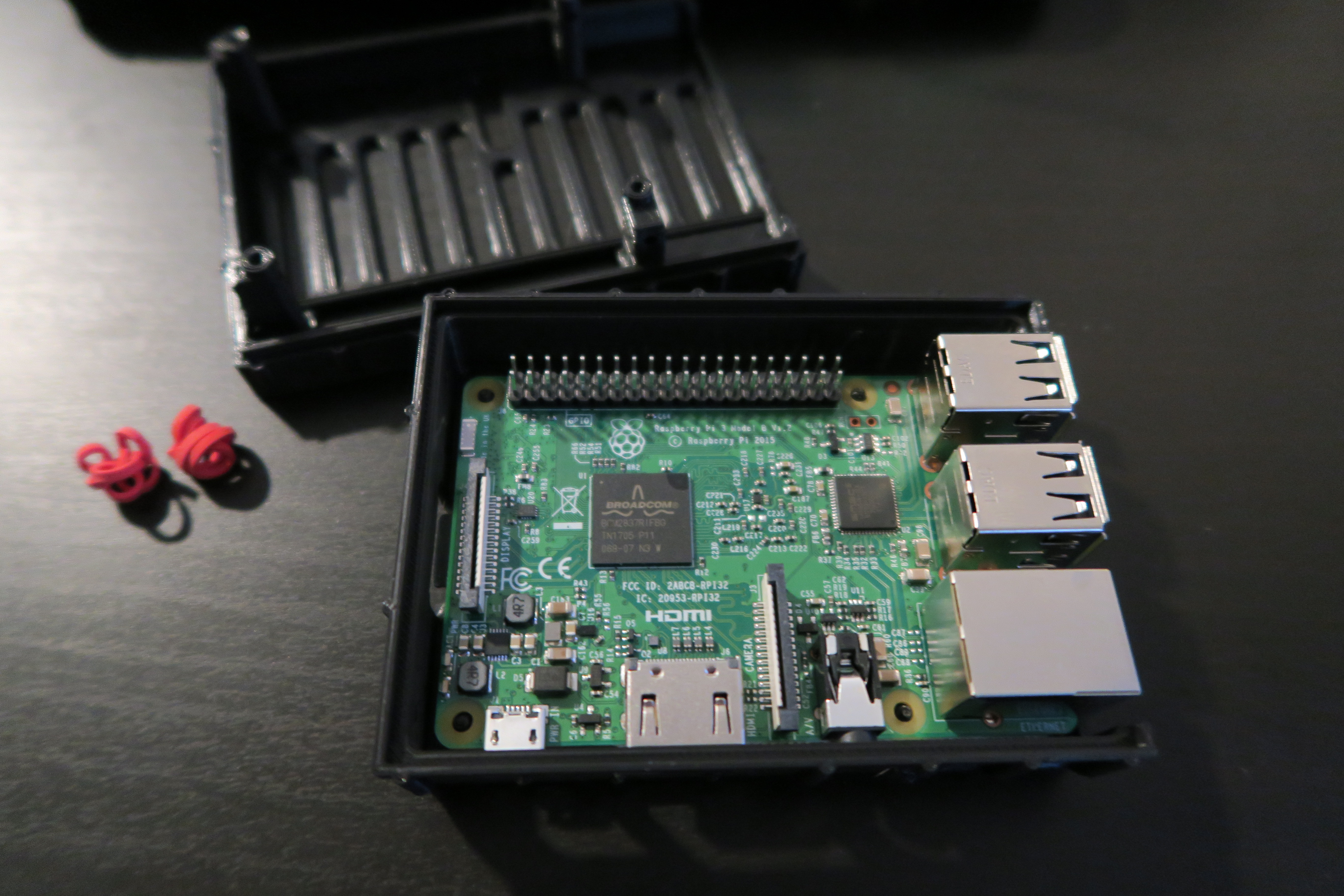 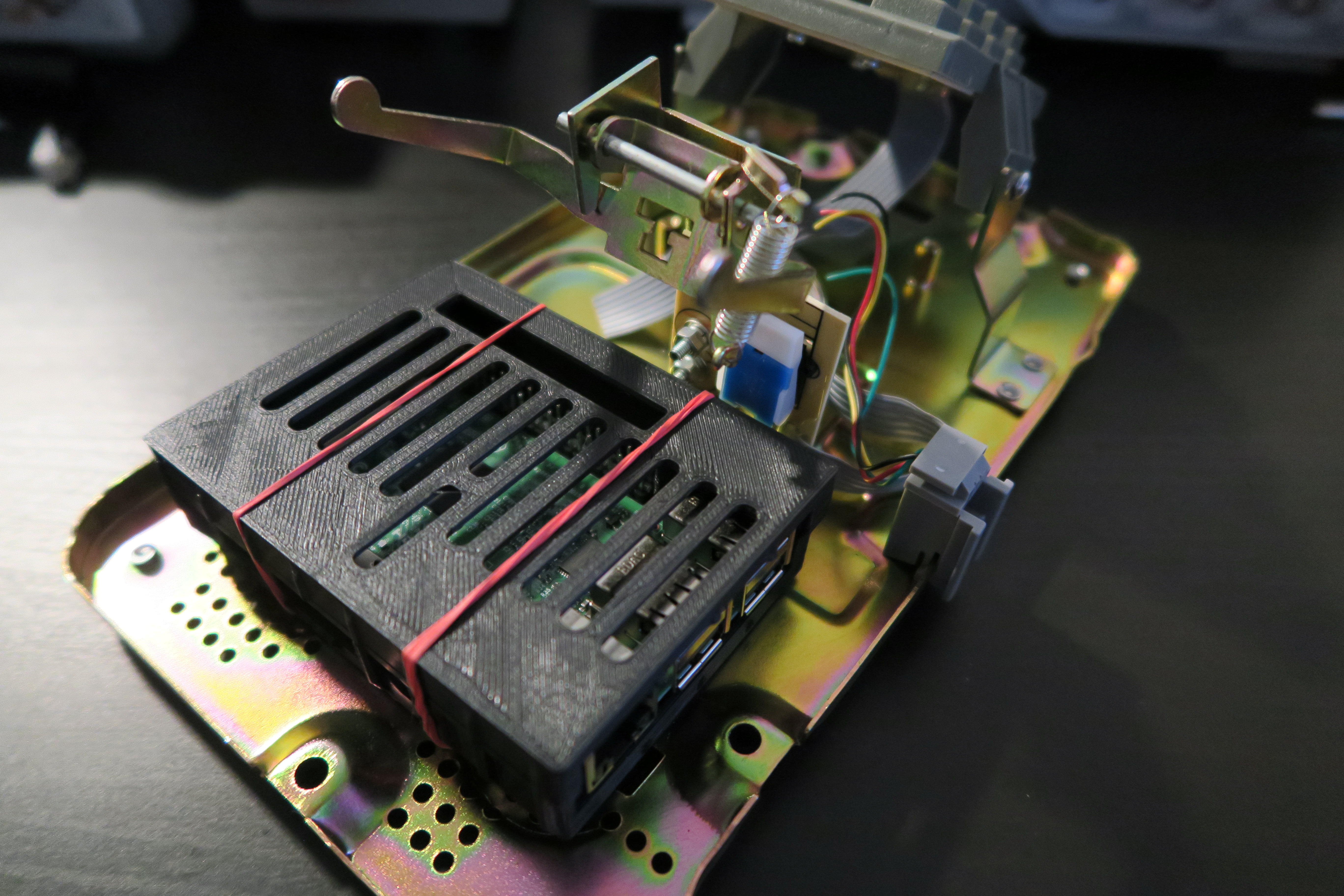 With the Pi securely mounted in place in it’s plastic enclosure, the next step was to begin wiring the number pad, headset audio jack, and hook switch to dupont wires so they could easily be connected to the Pi’s 40 pin GPIO header. I simply stripped the wires, twisted them together, soldered them as needed, and applied a liquid electrical tape to each joint to prevent electrical shorts between wires. Lastly I simply plugged the female end of the dupont cables I used into the respective male header pins on the Pi. See below for pictures of the soldering process. 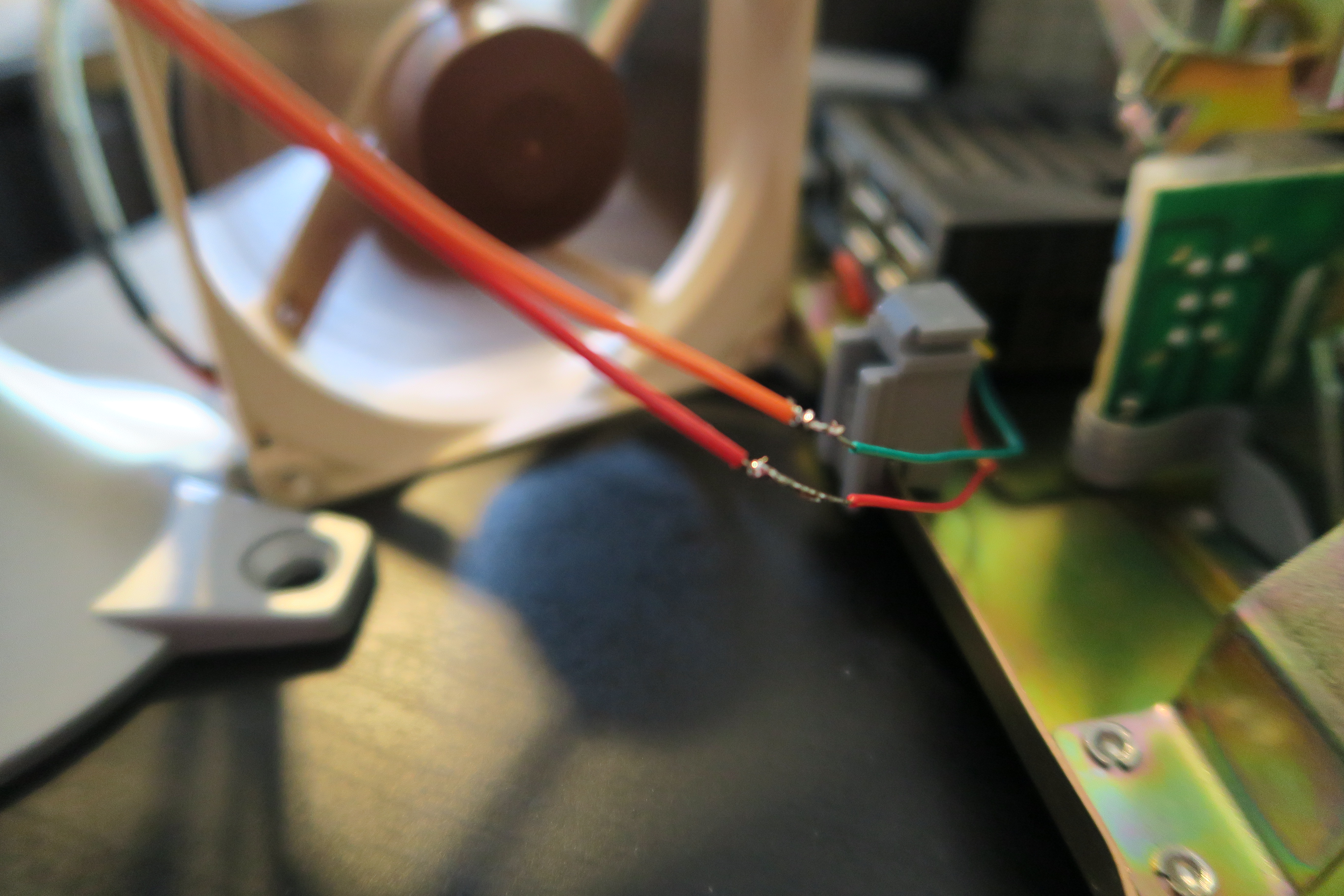 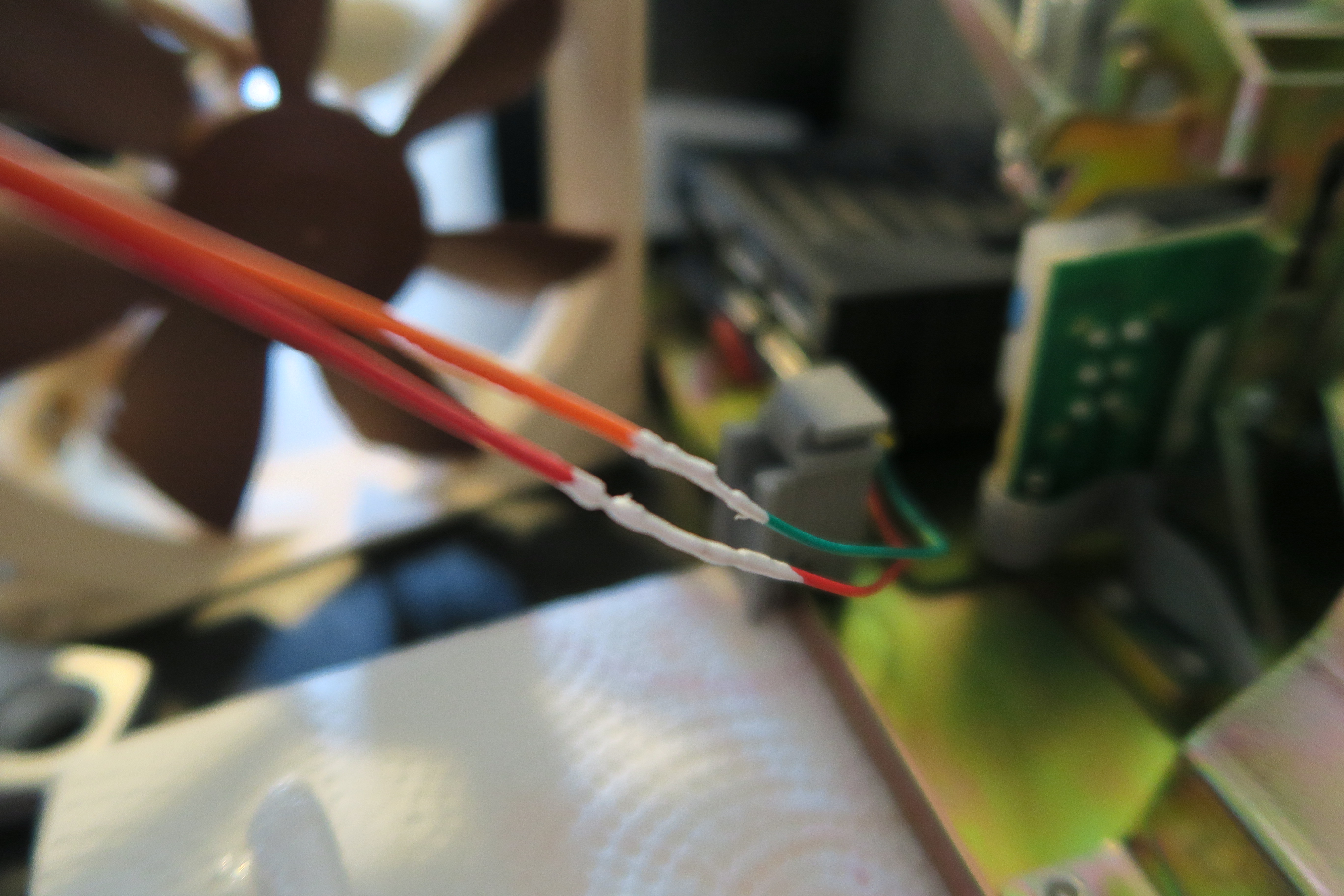 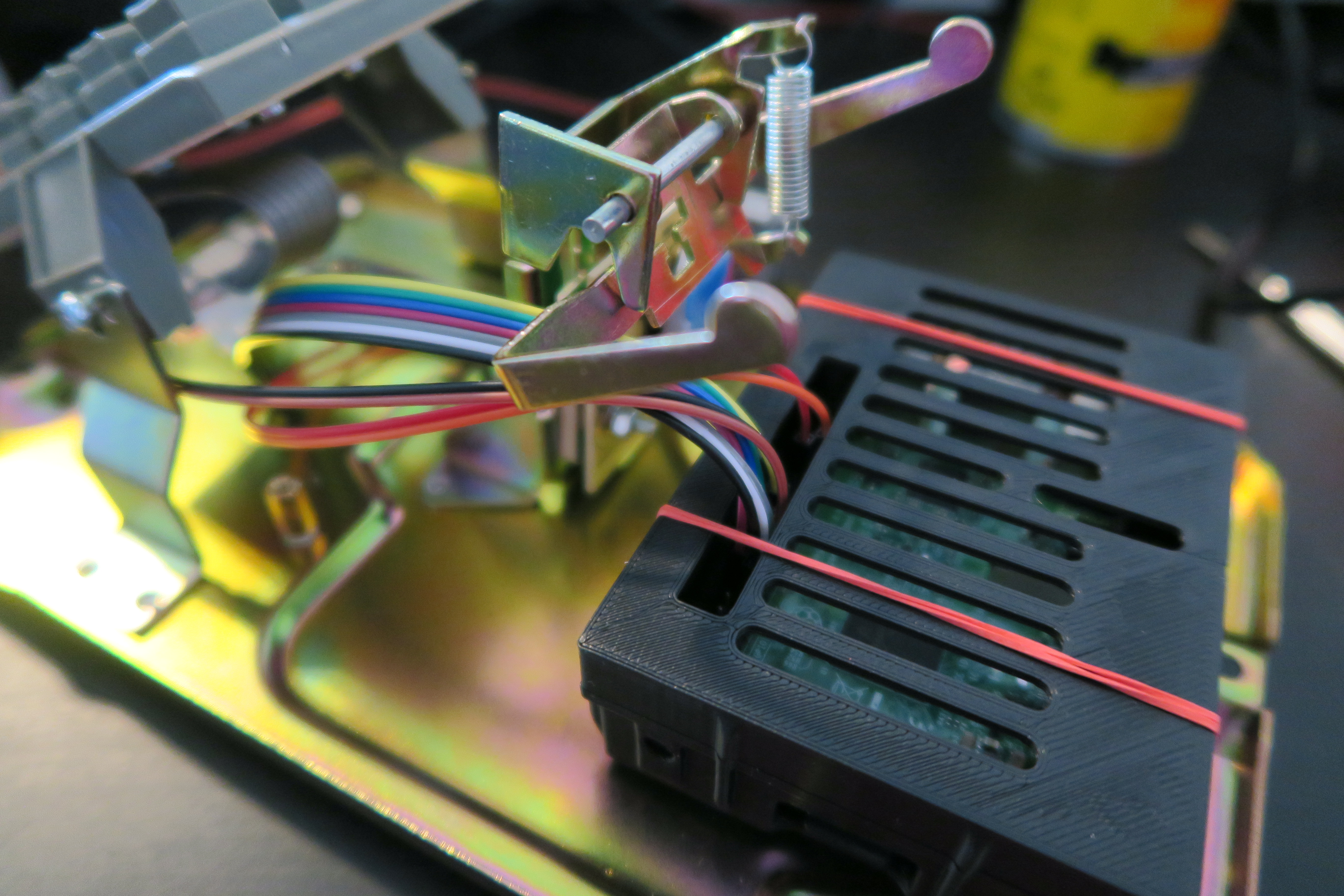 With all of the wiring in place, and components mounted the last thing to do was to attach a micro USB cable and an HDMI cable and put the black phone top back on and plug in the handset phone line. You can see a completed picture below! 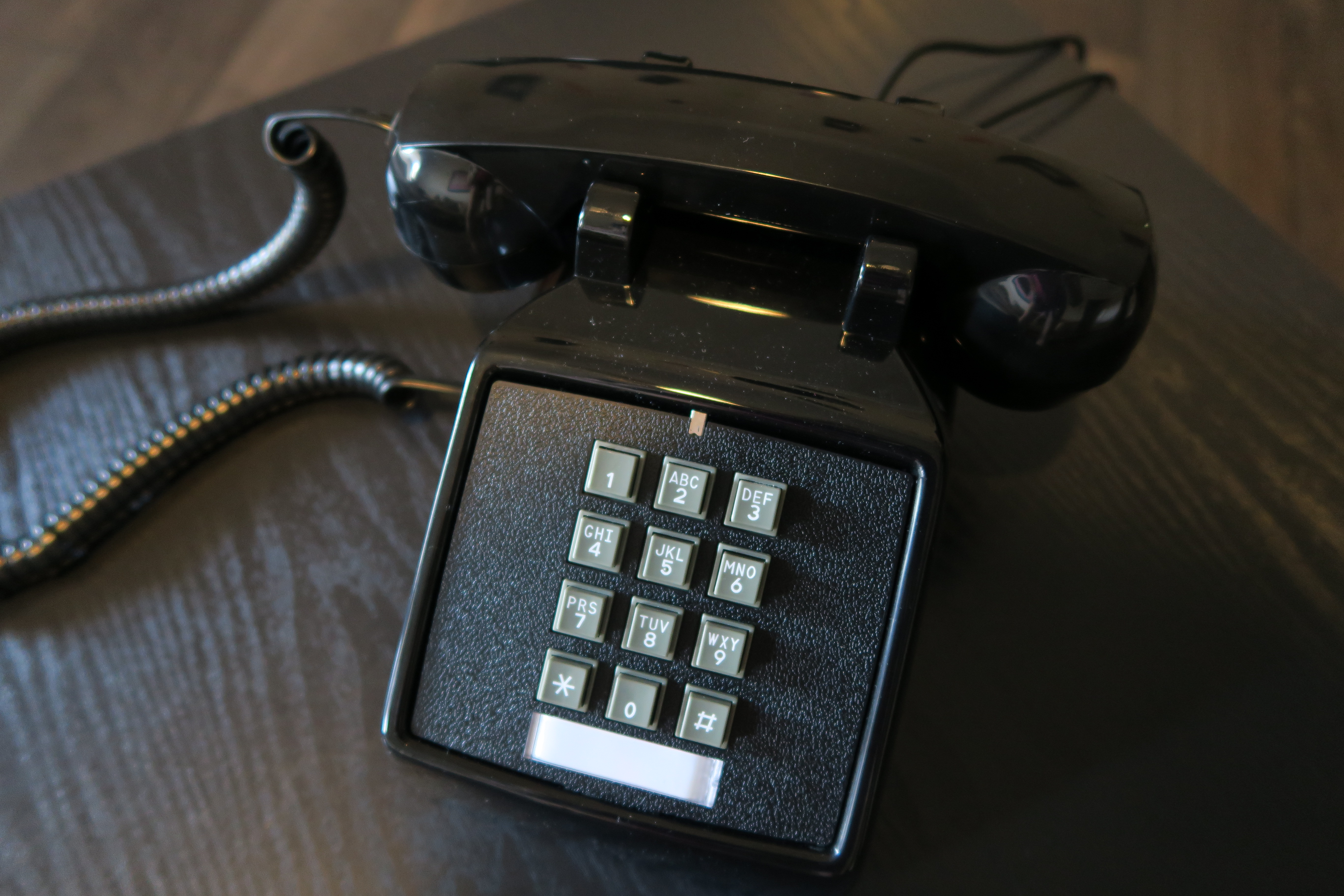